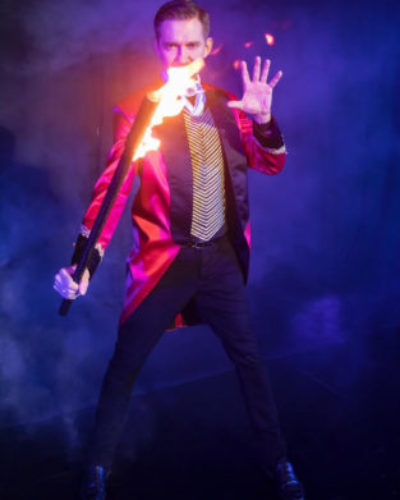 One of Eastern Europe’s most popular illusionists, actors and TV hosts, Roman is widely known for his stylish and charismatic unique tricks, featuring the disappearance of large objects.
Career highlights include 2019: “The Winter of Magic” show for Ferrari World in Abu Dhabi. 2018: Grand magic show “The Century of Magic” at the main concert stage in Ukraine, the October Palace, over then 2500 people. 2018: Russian TV Music Awards MUZ_TV with over 20,000 live.