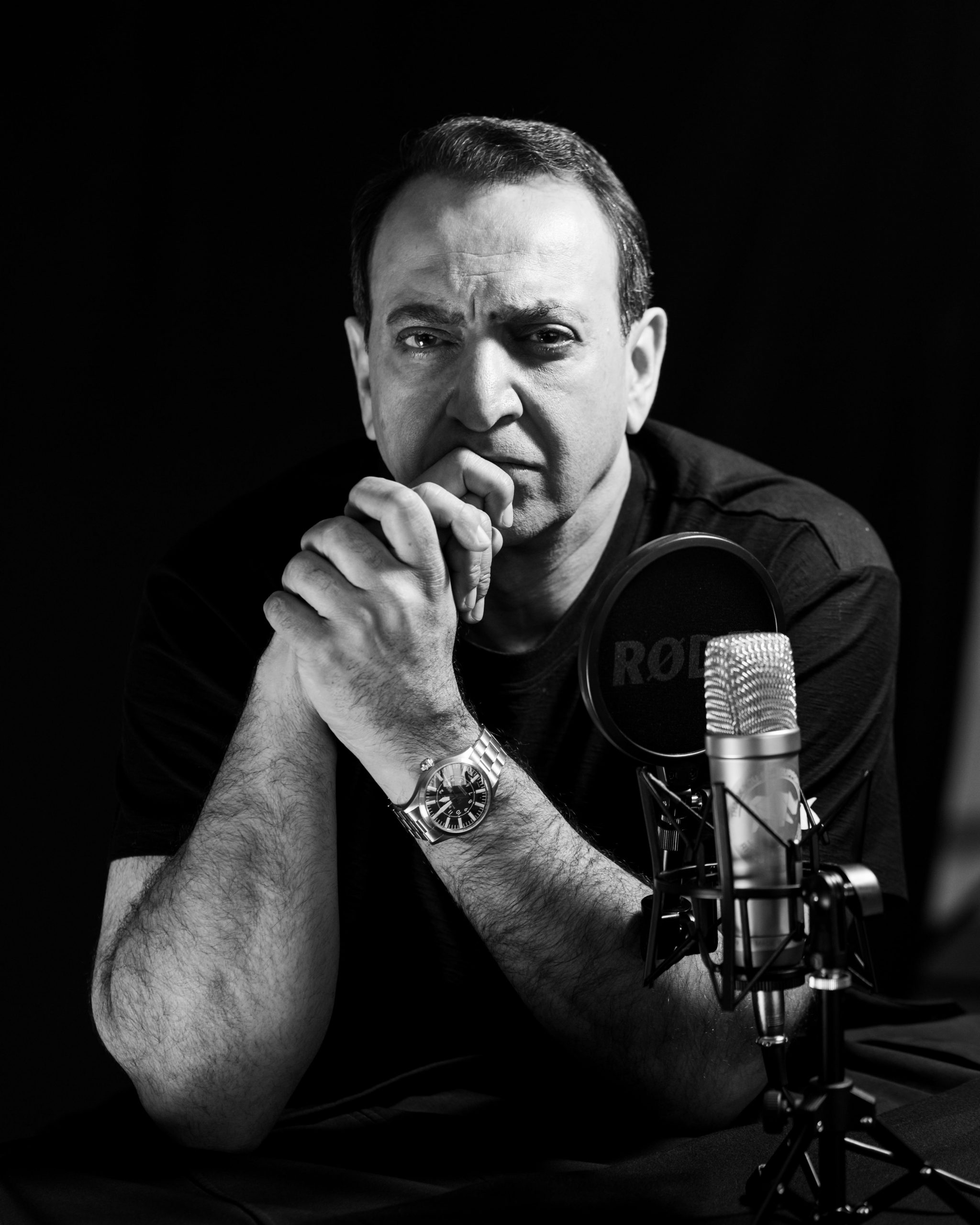 Riz Khan is an international journalist, author, and public speaker recognized across the globe for having had flagship TV interview shows on CNN International and AJE – of which he was a Founding Director. Riz’s journalist career started with advanced journalism training at the BBC followed by a number of on-air jobs with the corporation, initially in radio and then moving to television reporting as a correspondent and presenter. He was then recruited to be a founding news broadcaster at BBC World (he co-presented the launch show of BBC World Service TV News in November 1991). At both the BBC and CNN, Riz was the first international male TV mainstream news presenter of South Asian descent.

Since the Summer of 2020, Riz has been working on setting up a new and unique media network – uni-T Global – based on international news content aggregation to provide a bigger picture on events around the world. uni-T is expected to launch in late 2021. Prior to that, Riz focussed on a number of projects, that include media content creation, high-level event moderating, media training and communications consultancy, as well as his philanthropic project that involved the creation and launch of a high-quality, ethically-produced clothing brand aimed saving endangered rhinos.

Riz’s unique background, that includes being born in the Middle East to South Asian parents, educated in the UK, and living between the UAE, UK, and USA, has allowed him to work seamlessly between the East and West, understanding the cultural and religious sensitivities of both worlds. It gave him the opportunity to pioneer some journalist firsts including and the unprecedented live, international coverage of The Hajj in April 1998 while at CNN, while also reporting live from major global events.

Riz left AJE in late 2011, following a successful five years of hosting the live, daily, talk show, Riz Khan, as well as a ground-breaking weekly profile series, Riz Khan’s One on One, a candid conversation exploring the family history, defining moments and philosophy of leading figures in the world of politics, sports, business, arts, and entertainment. Through the span of his career, Riz has conducted more than 10,000 interviews.

In addition to media work, Riz is in a regular moderator and speaker on the global circuit of key events and conferences covering politics, business, finance and health, such as the World Economic Forum in Davos and major United Nations (for UNICEF, UNDP, UNHCR, UNPFA, UNAIDS, UNOPS, etc. – often at the direct request of the UN Secretary General), OECD conferences, key events for the Clinton Global Initiative, the YPO and EO, the World Capital Markets Symposium in Malaysia, the Knowledge Summit in Dubai, as well as the Dubai Film Festival, Emirates Airline Festival of Literature, the Arab Strategy Forum, and the Eurasian Media Forum in Kazakhstan every year, since being the founding moderator in April 2001.

In 2005, Riz authored his first book, Alwaleed: Businessman Billionaire Prince, published by Harper Collins, documenting in detail the intriguing life story and remarkable business accomplishments of Prince Alwaleed Bin Talal Bin Abdulaziz AlSaud, the Saudi billionaire who was, at the time, the fourth richest man in the world on the Forbes list and the biggest foreign investor in the USA. He has written columns and articles for international publications and, over the years, has given numerous interviews about his work as an international broadcast journalist. His first novel, We Interrupt Our Programming… was published on-line in 2012, taking a candid and satirical look at the world of international news. Riz is currently working on two books – both semi-autobiographical, with one of them, “What The Fake”, exploring the remarkable changes in the news and media industries both in terms of technology and content, during his 35 years as a broadcast journalist, and how the term, “Fake News”, has changed the way we now regard the mainstream media.

Born in 1962 in the British colony of Aden, in Yemen, Riz and his family moved to London when he was four-years-old during the conflict which saw the end of Britain’s rule there. His hobbies include drumming (he performed at a Michael Jackson concert on 27th June 1999 in Munich), drawing and painting, martial arts (Karate and Aikido), skiing and cooking Asian fusion dishes. He speaks Hindi and Urdu, and has a working knowledge of other South Asian languages, as well as basic conversational French and Swedish