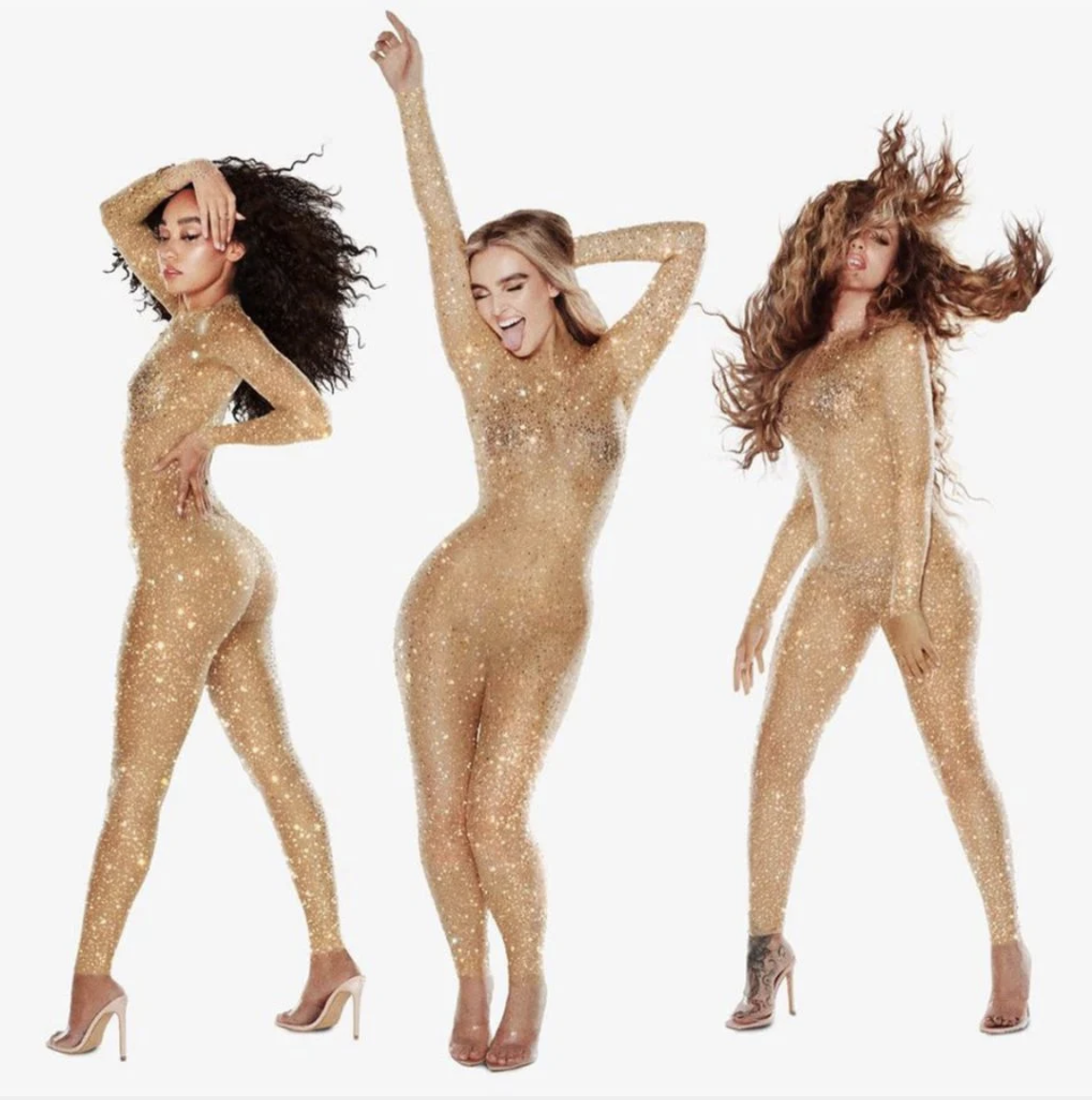 Little Mix are a British girl group formed in 2011 during the eighth series of the UK version of The X Factor. They were the first group to win the competition, and following their victory, they signed with Simon Cowell’s record label Syco Music. The members are Jade Thirlwall, Perrie Edwards are Leigh-Anne Pinnock, with Jesy Nelson exiting the band in 2020.

Little Mix released their debut album DNA in 2012, which peaked inside the top 10 in ten countries including the UK and US. This made Little Mix the first girl group since the Pussycat Dolls to reach the US top 5 with their debut album, as well as earning the highest debut US chart position by a British girl group, breaking the record previously held by the Spice Girls. In the UK, the album spawned the number-one single “Wings”. The group’s sophomore effort Salute, which was released in 2013, became their second album to debut inside the top 10 in both the UK and US. The album produced two top 10 singles in their home country; “Move” and “Salute”. Little Mix released their third studio album Get Weird in 2015 and it is their best-selling and longest charting album to date in the UK. The album’s lead single “Black Magic” reached number one in the UK and was also nominated for two Brit Awards in 2016. The group’s fourth studio album Glory Days (2016) became their first number one album in the UK and was also the longest reigning girl group Number 1 since the Spice Girls’ debut album 20 years earlier. The album’s lead single “Shout Out to My Ex” became the group’s fourth UK number one single, while the second and fourth singles, “Touch” and “Power”, became the group’s tenth and eleventh top 10 singles in the UK, respectively.

The group won Best British Single for “Shout Out to My Ex” at the 2017 Brit Awards; they have also received several other awards during their career, including two MTV Europe Music Awards, two Teen Choice Awards and two Glamour Awards. As of October 2016, the group has achieved four platinum certified albums and eleven certified singles in the UK. With four UK number one singles and highest first week UK album sales for a girl band since the Spice Girls, Little Mix are one of the most successful female acts in contemporary British popular culture. In 2017, Little Mix holds the record for the most VEVO Certified Videos for a British female artist, as well as the most certified videos for a girl group, with 13 certified videos in total. In 2016, they received the title of the worlds biggest girl band and still hold that title today.