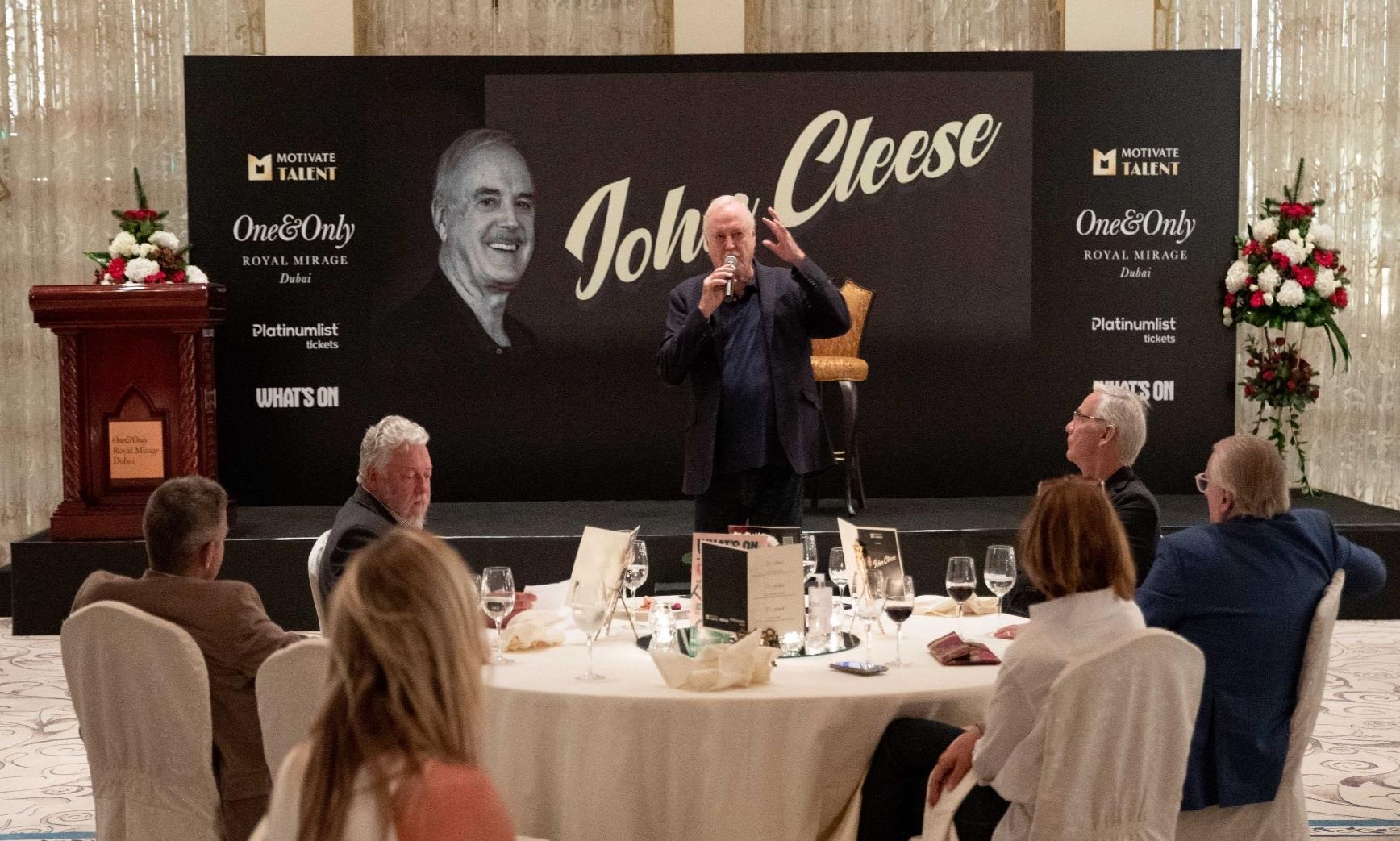 Legendary actor, writer and comedian John Cleese has taken up temporary residency in Dubai and is eager to work. The scope is huge. Cleese is provost’s visiting professor at Cornell University and the production house he founded, Video Arts, has been producing training videos – many starring Cleese himself – since 1972. Cleese’s latest venture is his recently released book, Creativity: A Short and Cheerful Guide, which addresses yet another subject close to this versatile and accomplished actor and academic’s heart.

But it’s not all just about business, Cleese is also happy to entertain through after-dinner speaking and special appearances at events, within the present Covid limitations.
Cleese studied law at Downing College, Cambridge, and was a member of the Cambridge Footlights theatrical club, where other members included Tim Brooke-Taylor and Bill Oddie. In 1965 he wrote and performed with a team that included Michael Palin, Eric Idle, and Terry Jones on David Frost’s The Frost Report, before moving on with those collaborators and Graham Chapman to write and star in Monty Python’s Flying Circus. With his then-wife Connie Booth he co-wrote and starred in Fawlty Towers as cantankerous hotel proprietor Basil Fawlty. Both that show and his character regularly top funniest-ever rankings in the UK and globally. 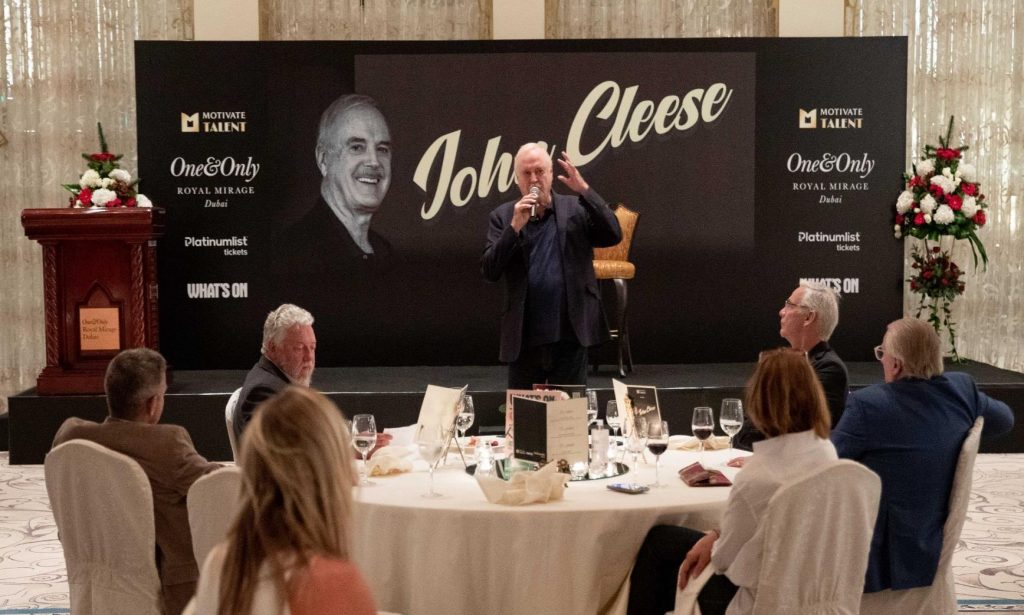