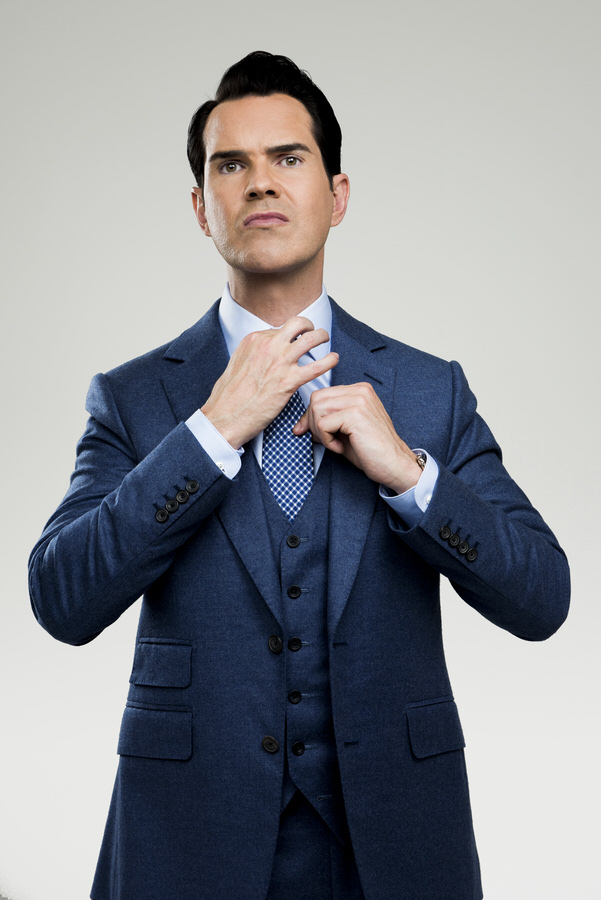 Jimmy has eight live DVD releases to his name: Live, Stand Up, Comedian, In Concert, Telling Jokes, Making People Laugh, Being Funny and Laughing & Joking. He has sold over 1.2 million copies to date. In 2015 Jimmy signed a stand-up special deal with US streaming behemoth Netflix, the first UK comedian to do so. Jimmy’s Netflix special Funny Business was released in March 2016.

A household name in the UK, Jimmy is also a rising star in the US, where his profile continues to grow. Jimmy has performed two Comedy Central Specials, has performed stand-up on The Tonight Show five times (with both Jimmy Fallon and Jay Leno) and has also appeared on NBC’s Late Night with Conan O’Brien five times. Jimmy’s game show Distraction aired on Comedy Central and was subsequently repeated. In March 2012, Jimmy performed in The Secret Policeman’s Ball at Radio City Hall in New York, transmitted live in the US on EPIX and again in the UK on Channel 4. Jimmy also performed at the Montreal Just for Laughs Comedy Festival for the eleventh time in July 2015.