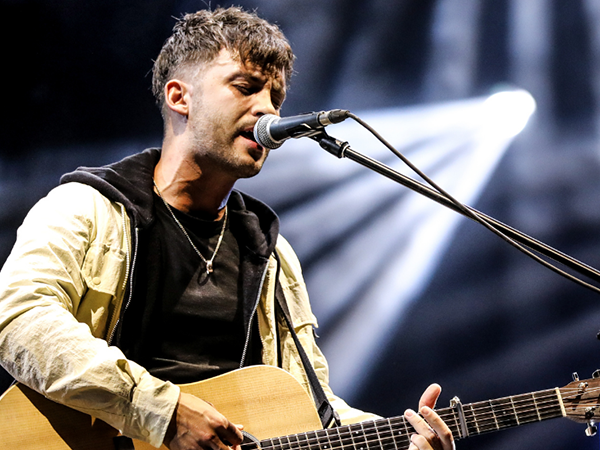 With support slots for Grammy Award winners One Republic, and Brit Award winner Lewis Capaldi, and at the same time achieving Single Of The Week on BBC Radio in the UK with his self-release Million Miles, Greg Pearson, the Scottish singer-songwriter is starting to turn heads in the Middle East and UK music scenes.

A six-month stint in California was where he honed his songwriting craft. Loneliness can be hard, but it can also be the perfect catalyst for artistic inspiration. Greg left everything he knew behind to throw himself into his music career and found himself completely alone on the other side of the world. He harnessed this valuable time and used it to develop his musicianship – so when he briefly returned to Scotland, he landed with a splash by releasing his debut single ‘These Walls’ which received extensive BBC radio coverage.

Having gotten a taste for the life of a musician travelling the world, he quickly upped sticks again – only this time to the Middle East. His move to Dubai unveiled a whole new world of inspiration and collaboration as he began to make music with some of the best local musicians, but he continued to work hard and dedicate time to his own music career too which led to producing and independently releasing his current single, Million Miles, which is again is receiving extensive BBC Radio Play in The UK, and rapidly growing his following in The Middle East and beyond.