Angela Pandelis is a well known aerial dancer / acrobat from New York, with performances all over the world. In New York not only did she dance in the biggest venues such as Webster Hall and Melrose Ball- room, but she also performed in the popular reality TV show ‘My fair wedding’ in ‘We’ Channel USA.

As an aerial dancer / acrobat, she performs on aerial silks, hoop, moon, net, chains, hammock and and does also shows and bottle service upside down on the lollipop hoop. Her performances also involve water bubble, fire-fans show and duet acro-yoga.

A multiskilled artist in Acrobatics, Contortion, Aerial and Dance. Angela has been performing in the UAE for over 8 years at many private events, corporate events, clubs and bars. 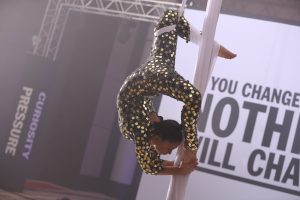 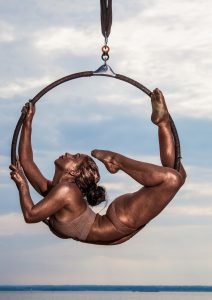 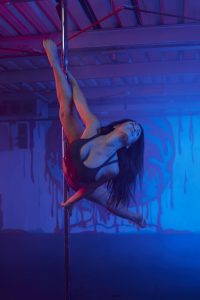 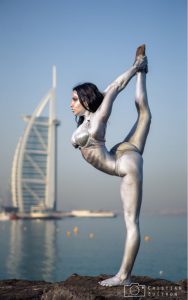 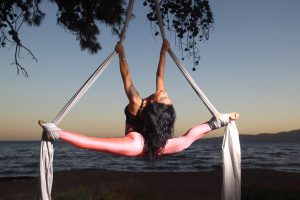