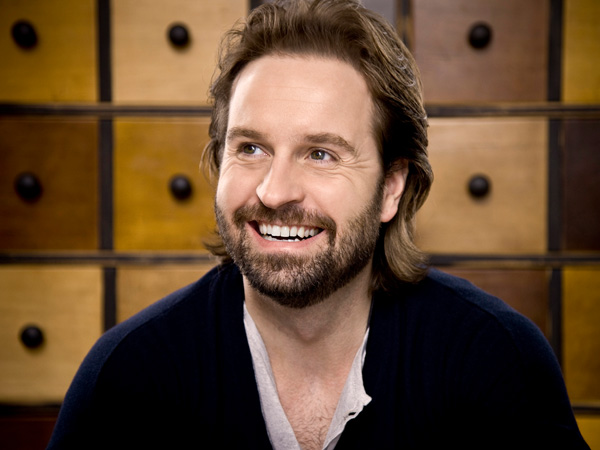 Alfie explored his love of folk music with La Passione, a collection of Italian folk songs that was released in 2007. Performances in Kismet, Richard Strauss’ Elektra, La Traviata, and other operas ensured that his roots as a stage performer were well balanced with his recording career.

In 2010, Alfie took on the role as Jean Valjean in Les Misérables at the O2 Arena, London to commemorate the show’s 25th anniversary. He also continued this role throughout 2011 with performances as Valjean at the Queen Theatre in London. During the latter part of the year, he performed at the Last Night of the Proms and began his nationwide concert tour entitled “Alfie Boe Bring Him Home UK Concert Tour.” 2012 was packed with more concert performances, including the Queen’s Diamond Jubilee Concert at Buckingham Palace.

Alfie continued releasing albums: Storyteller in December 2012 and Trust in 2013. 2013 also saw the release of his best-selling autobiography, My Story and he appeared on our small screens, starring in one of ITV’s Mr Selfridge, as music-hall singer Richard Chapman.

His album Serenata, a beautiful collection of romantic Italian songs, was released in 2014 and he also featured on the album Classic Quadrophenia in 2015 (the rock opera is performed by The Royal Philharmonic Orchestra, with Alfie filling the shoes of Jeff Daniels).

Alfie continues to be in great demand on both the concert and operatic stages with sold-out Tours across the UK (including the Royal Festival Hall and the Royal Albert Hall).

His most recent album, Together, a collaboration with Michael Ball, reached Number 1 in the official album charts in December 2016. The album is a collection of the pair’s favourite songs from film and Broadway shows, recorded in New York and Prague (with the Czech National Symphony Orchestra) and a tour is scheduled for later in 2017.

Alfie divides his time between Utah and London.