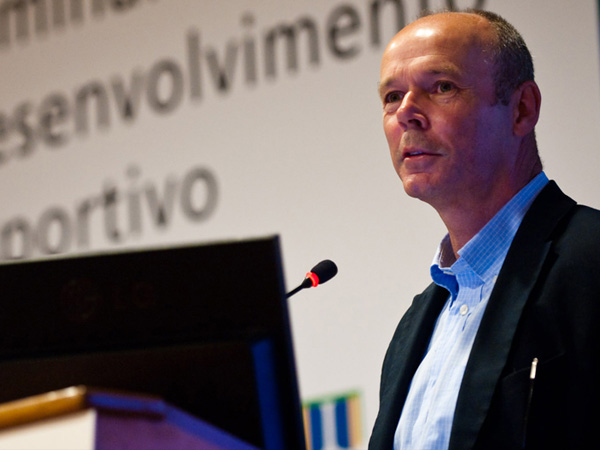 Sir Clive Woodward OBE was honoured to become England’s first full-time professional head coach in 1997. His first objective was to play a style of rugby which would get 70,000 fans at Twickenham off their feet going nuts. With the players he had, he knew they could not only challenge the dominant southern hemisphere nations but actually become the world’s number one ranked team. Clive aimed to do so by applying the same principles he had developed within his own business.

In a period which saw the team achieve 22 consecutive wins at Twickenham, 14 consecutive victories home & away against New Zealand, Australia and South Africa, 3 Six Nations Championship wins including a Grand Slam in 2003 and becoming the world’s number one ranked team in 2002 – Clive and the team were able to culminate it all by winning the 2003 Rugby World Cup in Australia. Clive could not be more proud of the players and coaches’ determination, will and attitude in pursing this achievement.

Since then Clive has moved into Business and Sport consulting and also established his reputation as a popular and respected commentator for both ITV Sport and Sky Sport’s rugby coverage and as a journalist within the Daily Mail’s award winning sports team. He also joined the BBC team covering the Olympic Games in Rio in 2016 bringing his insight into the inclusion of Rugby as part of the Games.

In 2016/17 Clive will be covering England’s tour of Australia with Sky Sports and the Six Nations with ITV Sport.

Clive continues to support the development of athletes and coaches via his position on the IOC’s Entourage Commission, which he has held since 2012. Clive also supports aspiring athletes and coaches through a bespoke scholarship programme in partnership with investors from the corporate world. Clive is also the Director of Sport for APEX 2100 which aims to become the leading altitude performance centre at 2100m in Tignes, France. The facility will also incorporate a residential academic school providing a first class education for talented young British Athletes.