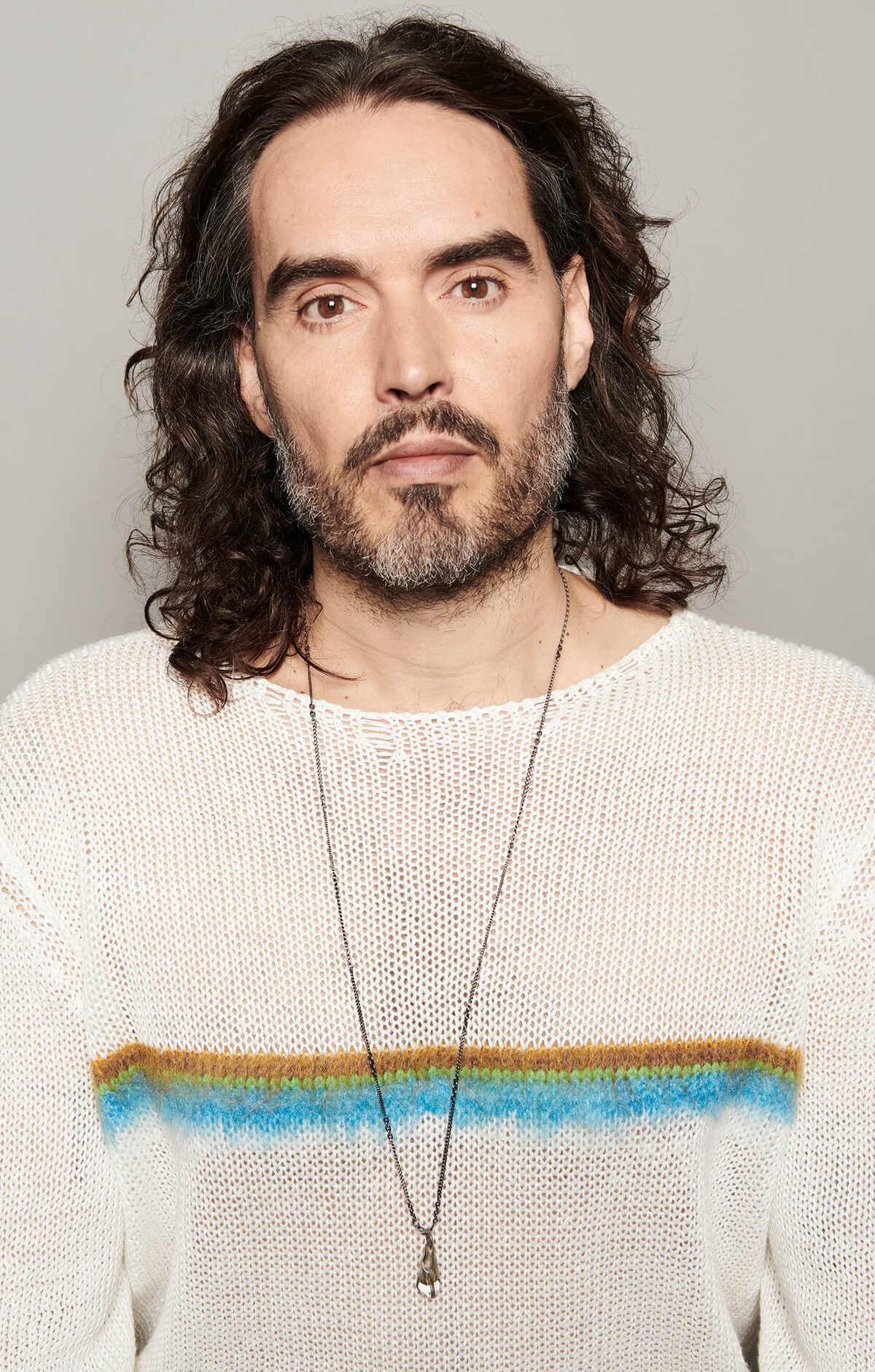 Russell Brand is a British award-winning comedian, actor, author and public thought leader, whose success spread from United Kingdom radio and television to big-time Hollywood movies such as Get Him to the Greek.

Brand became a popular host on the airwaves between 2006 and 2008 on the radio show The Russell Brand Show, and on the TV reality-show spin-off Big Brother’s Big Mouth.

Known for his scandalous remarks, skinny pants and riot of teased hair, Brand made the most of his newfound fame by publishing a memoir of sorts in 2007. My Booky Wook: A Memoir of S*x, D**gs and Stand-Up was a comic confessional that enhanced his reputation as outrageous, and its success led to more television roles and, in 2008, a small role in the Judd Apatow comedy Forgetting Sarah Marshall (with Kristen Bell).

Apatow also cast him in the 2010 Jonah Hill comedy Get Him to the Greek in what turned into a busy year for Brand. He hosted American awards shows, lent his voice to the animated feature Despicable Me, and appeared with Helen Mirren in The Tempest.

Russell Brand’s other films include the animated feature Hop (2011) and the comedy re-make Arthur (2011).

In January 2017, Brand announced his new tour Re:Birth, which debuted in April 2017. This was filmed in London in April 2018, and released as a standup comedy film on Netflix on 4 December 2018.