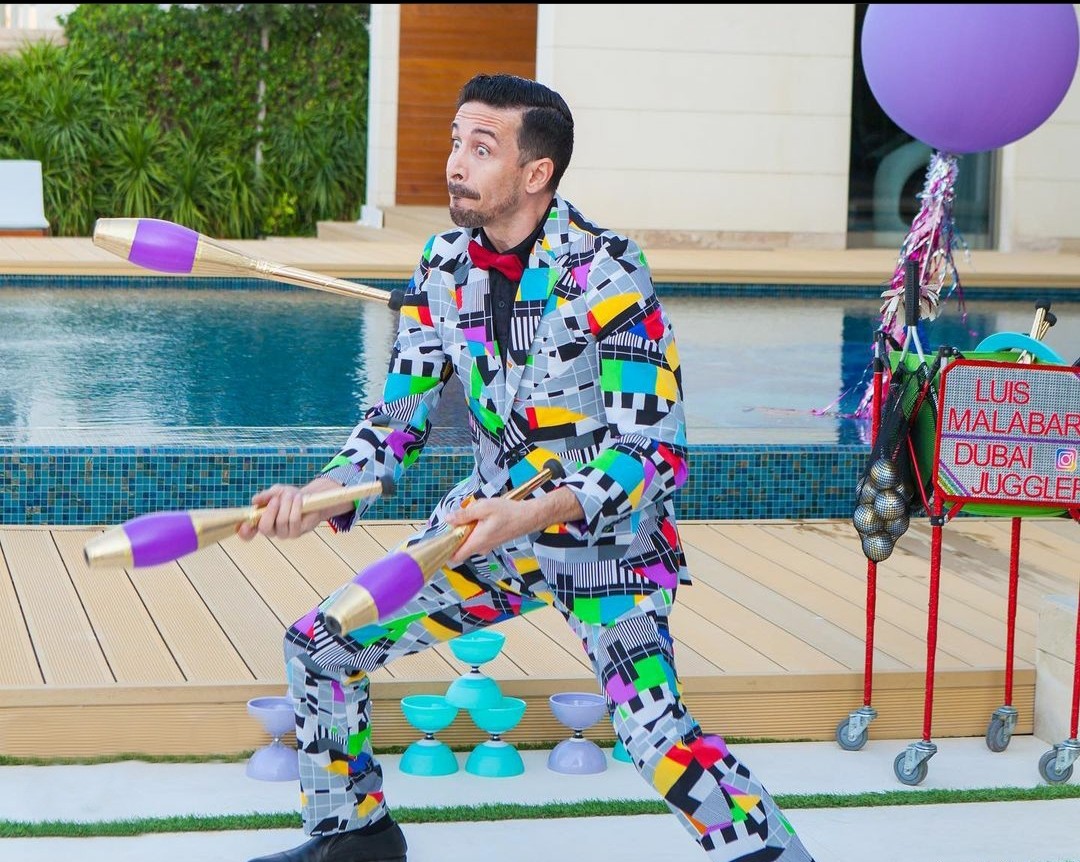 Luis is an energetic and dynamic Juggler with over 20 years of experience. He started at the age of 10 years old in a theatre company in Spain. After working in a variety of fields as Juggler and Art director, he started new challenges in Japan where he obtained his “unique” style and ideas. He is not only very highly skilled, but also a charismatic entertainer who connects with audiences of all ages and cultures. In 2008, Luis became the winner on the TV show.

“Spain Got Talent” at the time called “Tu Si Que Vales” He was also invited as a showman on several TV programs, such as “El Hormiguero” one of the most popular TV shows in Spain. Luis Malabara is fluent in Spanish, Japanese and English, which has enhanced his work across Europe, Asia and the Middle East.