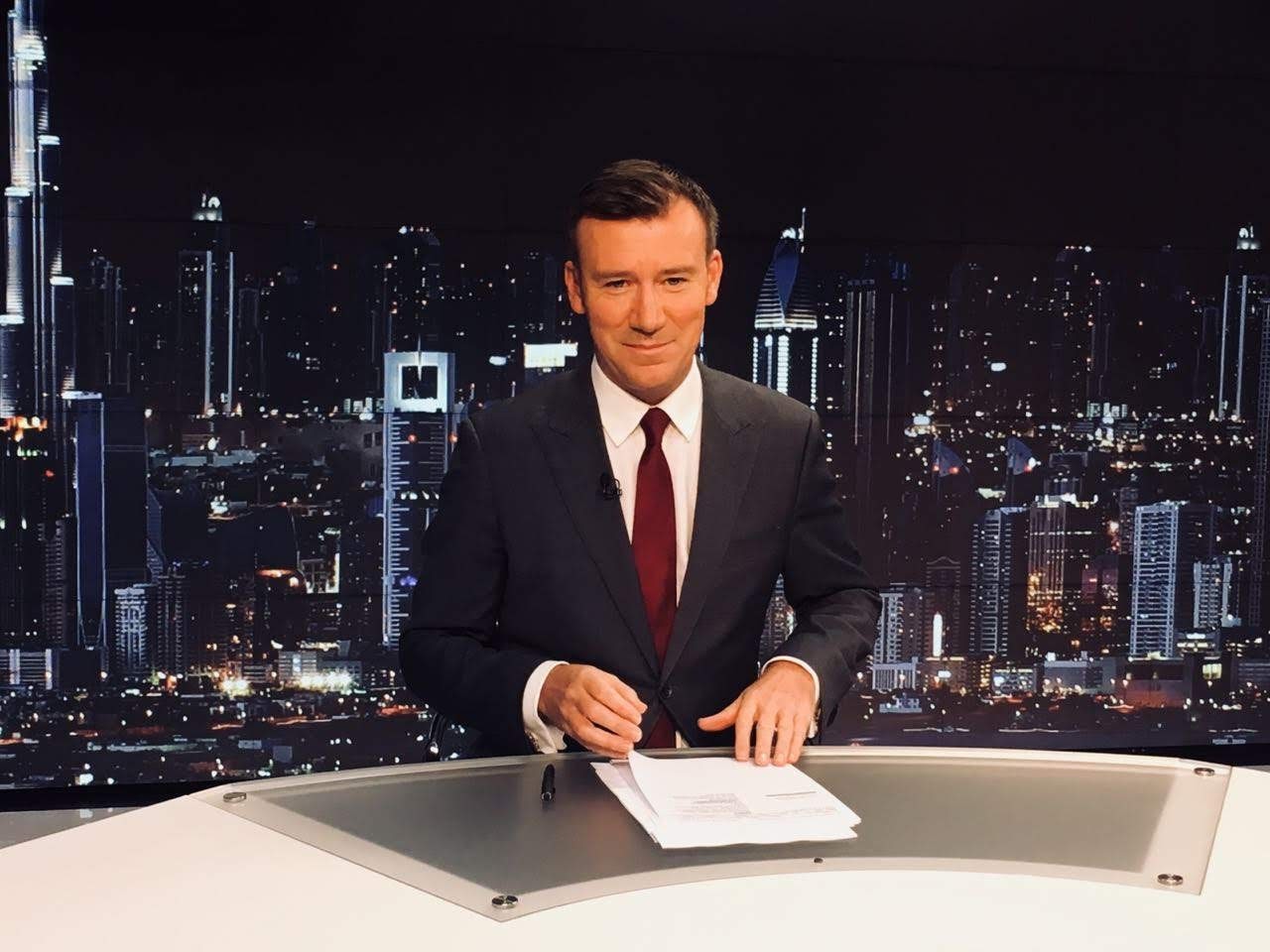 With may years of experience in radio and TV at leading UK and Middle East networks Greg Fairlie started out in local radio (ILR) in the UK before moving to the big guns.. BBC, Virgin, and CNBC International. He developed from scratch the business unit on Dubai’s first 24 hour English commercial TV Station. His work focus area has been the Middle East but he has also often filed reports from different parts of the Middle East, Asia, China and Australia. For the past 15 years he has worked out of Dubai anchoring and producing content exclusively on state broadcaster Dubai TV.

Greg has covered many regional stories and events including the World Economic Forum’s Annual Summit on the Global Agenda in Dubai, Thought Leaders Summit and World Future Energy Summit in Abu Dhabi. Along with that he has interviewed Sheikhs, Prime Ministers, Ambassadors and key financial Ministers and Leaders from around the world. He interviewed Lebanon’s former Prime Minister Rafik Al Hariri a number of times and days before he was brutally assassinated.

Bringing a warm, personable, informative and friendly approach to presenting and interviewing he draws out the best of people in many diverse fields.

Greg is also a popular choice of show and event host and brings a wealth of knowledge and personality to public appearances.