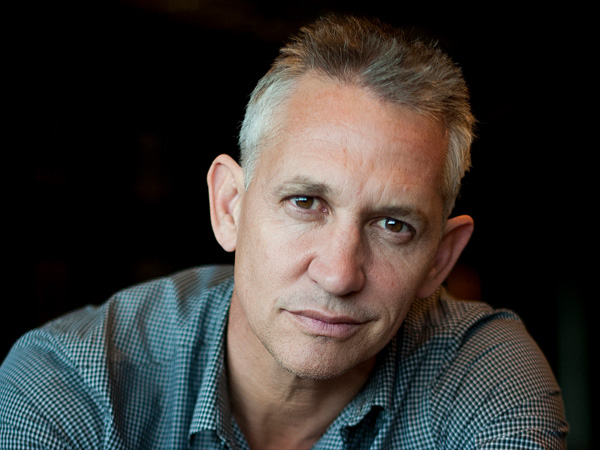 Gary Lineker is one England’s top scorers in international football, winning the golden boot at the 1986 World Cup final. Since retiring from the game, Lineker has become a celebrated media pundit, acting as anchor man for BBC’s match of the day.

Gary was born in Leicester, where he went to the City of Leicester Boys’ Grammar school. As a youth, he was equally talented at both cricket and football. For several seasons he captained Leicestershire youth cricket teams. At one point, he thought he might try to specialise in cricket, but in 1976 joined his home team Leicester City youth team and made steady progress through the ranks. In 1980, he made several appearances in helping Leicester City to gain promotion to the first division. But, it was only in 1981 that he became a first team regular. His scoring rate at Leicester attracted the attention of bigger clubs, and in 1985 he was sold to Everton for £800,000. His short period at Everton was very successful with 40 goals from only 57 games. Despite his goals, Everton just missed out on winning the First League title and also lost the F.A. cup final to Merseyside rivals Liverpool F.C.

He finished his international career with one of the best scoring rates of any strikers. From 80 caps he scored 48 goals.

He finished his club career in Japan, playing for Nagoya Grampus Eight. He also achieved a rare feat of finishing his playing career without ever receiving a red or yellow card in any game.

In the 1990 finals, England progressed to the semi-finals before losing to Germany on penalties. It was another near miss for England.

After retiring from playing football, Gary Lineker has become a high profile media personality. He has made adverts with Walkers crisps, a brand of crisps were even temporarily renamed ‘Salt & Lineker’ after his favourite variety.