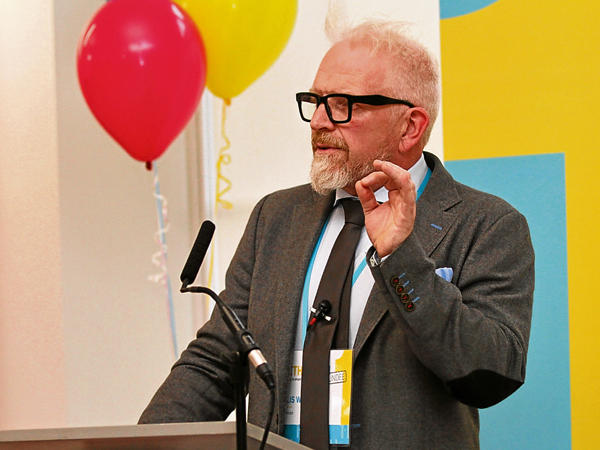 Ellis’ first break came as Marketing Director at The Sun newspaper, where he reported directly to Rupert Murdoch. He then became CEO of Celador International, licensing Who Wants To Be A Millionaire? to 100 countries, overseeing 130 branded consumer products, before he was lured back to Fleet Street as MD of Mirror Group Newspapers.

After a time with Menzies, Ellis joined the board of FirstGroup, the world’s biggest privately owned public transport operator. They launched him into Ohio to address the ailing fortunes at the Greyhound bus company. Founded in 1914, it was a $3bn concern with 3,400 bus stations, 17,000 buses and 27,000 employees; but it was broken and losing share to internal airlines. Within 14 months Ellis had re-equipped the fleet, rejuvenated the brand and reinvented the culture (starting with mystery shoppers and training camps). Greyhound is now building a reputation for safety, reliability, comfort and above all service.

In his current role at DC Thomson, Ellis is steering a traditional firm that’s been family run for six generations into a future-proofed organisation. He’s shed a third of staff, increased turnover at the papers and moved The Beano, part of the fabric of the company, from print to digital.