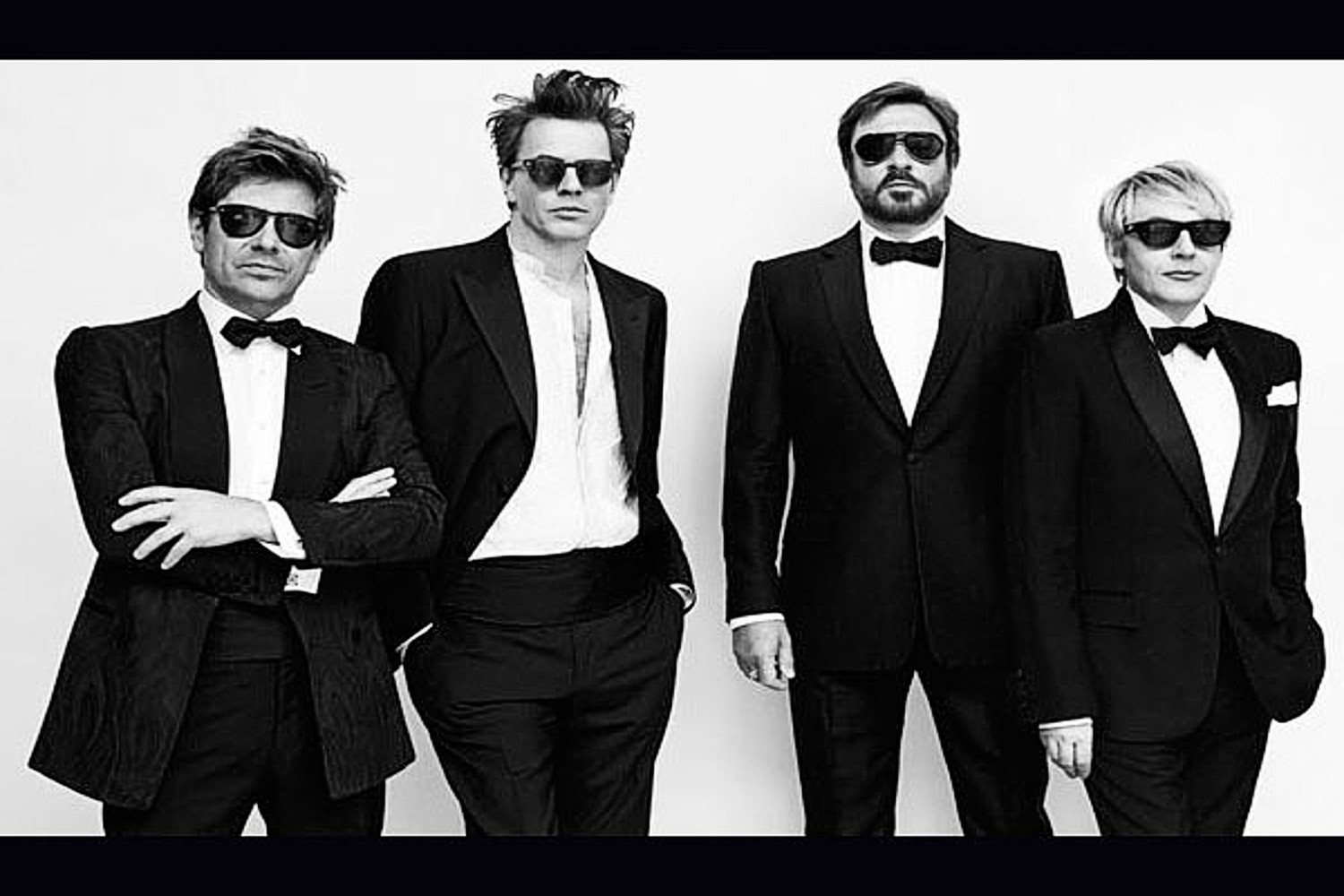 Inspired by David Bowie and Roxy Music, as well as post-punk and disco, schoolmates Nick Rhodes (keyboards) and John Taylor (guitar) formed Duran Duran in 1978 with their friends Simon Colley (bass, clarinet) and Stephen Duffy (vocals). Taking their name from a character in Roger Vadim’s psychedelic sci-fi film Barbarella, the group began playing gigs in the Birmingham club Barbarella, supported by a drum machine. Within a year, Duffy and Colley both left the group — Duffy would later form the Lilac Time — and were replaced by former TV Eye vocalist Andy Wickett and drummer Roger Taylor. After recording a demo, John Taylor switched to bass and guitarist Alan Curtis joined the band, only to leave within a matter of months. The group placed an ad in Melody Maker, which drew the attention of Andy Taylor, who became their guitarist. However, Duran Duran were still having trouble finding a vocalist. Following Wickett’s departure in 1979, a pair of singers passed through the group before Simon LeBon, a former member of the punk band Dog Days and a drama student at Birmingham University, joined in early 1980.

By the end of 1980, Duran Duran had become popular within the burgeoning new romantic circuit in England and had secured a record contract with EMI. “Planet Earth,” the band’s first single, quickly rose to number 12 upon its spring 1981 release. Immediately, Duran Duran became the leaders of the new romantic movement, and media sensations in the British music and mainstream press. The group’s popularity increased through its cutting-edge music videos, especially the bizarre, racy clip for “Girls on Film.”
Duran Duran mania was in full swing across America, with “Is There Something I Should Know” reaching the Top Ten — it became the group’s first English number one that summer — and the group’s first album climbing its way to number ten. Duran Duran capitalized on their popularity by releasing Seven and the Ragged Tiger in time for 1983’s holiday season. The record hit number one in the U.K. and number eight in the U.S., spawning the hit singles “Union of the Snake” and “The Reflex,” their first number one U.S. hit and their second British chart-topper. The band took an extended break after completing its year-and-a-half-long international tour in the spring of 1984. In November, the group released the non-LP single “Wild Boys,” which reached number two in the U.K. and the U.S., where it was added to the live album Arena.

Duran Duran began recording for their 14th album in 2013 and worked on it over the next two years. When it finally materialized in September 2015, Paper Gods bore tracks produced by both Mark Ronson and Nile Rodgers, alongside additional contributions in this area from Mr. Hudson and the band’s engineer of choice, Josh Blair. The album also included vocals from Janelle Monáe, Kiesza, and Mew’s Jonas Bjerre, as well as guitar by former Red Hot Chili Pepper John Frusciante. The record was their first to be issued through Warner Bros. and its release date coincided with a headline slot at Rob da Bank’s Bestival event on the Isle of Wight.