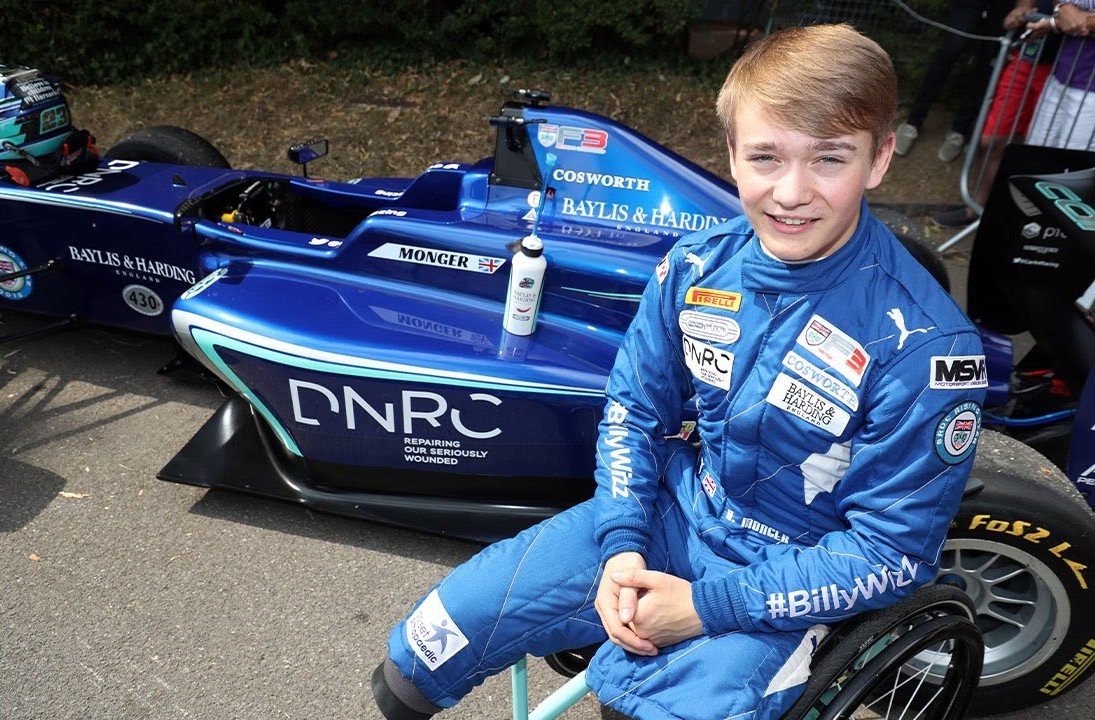 A successful young British driver with race winning success in Ginetta Junior and British F4, Billy Monger’s life changed forever on 16th April 2017.
After making contact with an unsighted, stationary car at over 120mph during a British F4 race at Donington Park circuit, Billy was left with life-changing injuries and received amptuations to both legs.

Despite the huge personal challenges that lay ahead, Billy wasted no time in setting out his goal to return to motor racing in the future.

Fuelled by an outpouring of support from the motorsport industry and the wider public, Billy embarked on his remarkable journey to a different future.

In 2018, Billy was delighted to be announced as Sports Personality of The Year.