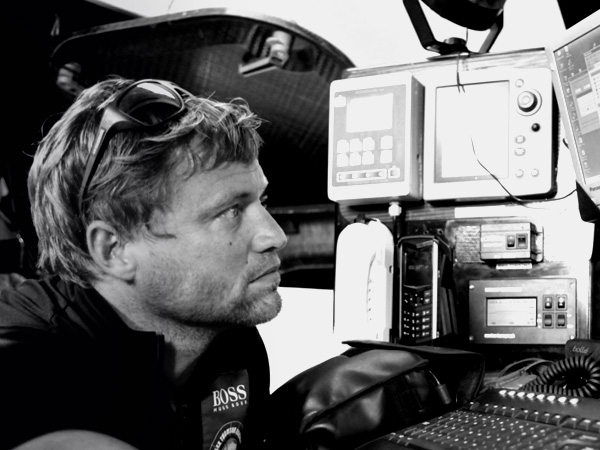 Competing in the high-speed, extreme IMOCA 60 class, Alex has been sponsored by HUGO BOSS since 2003, making their relationship one of the longest and most coveted in sailing and sports sponsorship history.

On January 30, 2013, Alex finished the Vendee Globe in 3rd place, being the fastest Britain to sail single handedly, non-stop around the globe, finishing the race in 80 days, 19 hours and 23 minutes.

The Vendee Globe around the world race is considered one of the most gruelling competitions on the planet. Having finished third and second in the last two competition’s, it’s rumoured that Alex will return in 2020-21 to compete for the winning place.

In July 2017 Alex was presented with the Chichester Award at the Royal Yacht Squadron in Cowes. It was presented by The Princess Royal and was given to Alex in recognition of his offshore sailing achievements. First awarded to Sir Francis Chichester in 1967 , to date the Trophy has only been awarded 16 times.